One Librarian’s Approach to STEM: Create a Technology Petting Zoo!

Last fall, we funded a project at the Hall County Library System in Georgia that included Raspberry Pis, Makey Makeys, 3D pens, Little Bits, Cubelets, and more!  Lisa Echols is an incredible librarian who leads the library’s youth services programs and had big plans to increase STEM exposure in her county.

Ms. Echols had a vision for the library. Recognizing that “children are digital natives” with technology like iPads and phones, she wanted to expose them to other types of technology that they do not often encounter, like circuitry and droids. Her idea? An interactive STEM event at the library!

Over the summer, the library hosted KidTech, which Ms. Echols described as a “tech petting zoo.” The event allowed kids to meet the technology through multiple stations and interact with what interested them. She wanted to show kids that “coding and science are accessible.”

The library advertised the event through its online calendar, a monthly newsletter, social media, the library TVs, and a summer activity flyer that children received when they signed up for summer reading programs.

The event was structured around 7 stations run by Ms. Echols, another librarian, and teen volunteers. She expressed so much enthusiasm when describing the volunteers as “young people working with younger people to get them excited!” The setup allowed children to walk through the stations and explore whatever drew them in.

One of the stations was a “playpen for Spheros” made in a structure of giant Legos. Children loved interacting at this station when they learned that you could yell at the app, which made the Sphero move!

There was also a Makey Makey station for creating instruments unlike anything the students had seen before. Because Makey Makey’s can transmit signals across anything conductive, students could make pianos where bananas acted as the keys. They could also draw their own instruments that worked due to the conductivity of the dark pencil lead.

The event was such a success that when Ms. Echols brought it to the North Hall Tech Center, one of the libraries in a more rural part of the county, many of the same children attended this second event to interact with the STEM stations again!

Moving forward, she is using the technology donations to host monthly Saturday events. Each event will focus on a particular piece of technology for an hour-long elementary program. First up in September will be Little Bits, where children “can learn about energy sources, catalysts, what creates different reactions, different kinds of circuits they can make, how to create a sound, how to cause wheels to roll, and more!” The following month, they will focus on the things they can create with Makey Makeys.

Looking ahead to next summer, Ms. Echols is planning to host a 3-day Raspberry Pi workshop for high schoolers, allowing them to learn and create things using the microcomputer and electronics platform. She hopes that some students will leave saying, “this is something I might do with my future.” She added, “getting kids into STEM, letting them know it’s not scary, is so important. So many jobs in the future are going to require comfort with that level of STEM.”

She also plans to utilize the equipment outside of the library. Recognizing that not all students can get to the library to attend the events, she plans to start that outreach by bringing the technology to the Boys and Girls Club aftercare at local elementary schools.

When asked for advice for anyone planning a STEM event, Ms. Echols had several great reflections:

We are so thrilled to have funded such a wonderful project in Georgia. Ms. Echols is a shining example of dedication to STEM exposure and allowing children to create and learn with technology. She also demonstrates that the modern library is so much more than books — it’s a community makerspace. We cannot wait to see how her next plans unfold!

Stay up to date with our quarterly newsletter here! 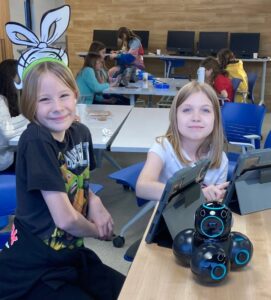 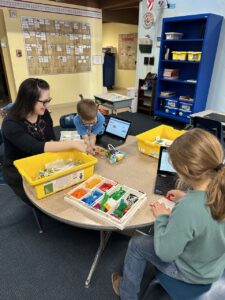 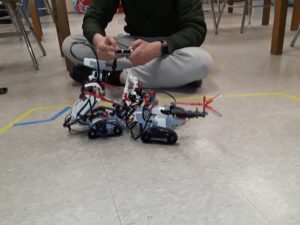 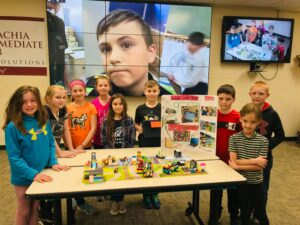